Thank you Tennessee Education Lottery for your request for information from ARO Creative.
ARO is proud to represent the < 1% of minority-owned agencies, and we look forward to an opportunity to work with you.

ARO Creative is a woman-owned, full service creative agency headquartered in Tennessee. Through comprehensive strategies, ARO is focused on cultivating partnerships, promoting community initiatives, and creating impactful work for our brands and clients.

We believe that cohesive brand experiences result in consumer trust that’s achieved with consistent, impactful, and thoughtful design thinking across all channels. These channels are best determined when research and strategy are applied before the execution stage. With the use of informed planning and decision making, our strategies continually meet our standards of success. To further improve future endeavors, all projects are reviewed on their levels of success to educate and inform our team on how to adapt and evolve in this ever-changing industry.

ARO begins each project with a sincere understanding of our client’s values and goals.

Together, we develop a strategy to connect the values of those goals across an array of communication tactics, creating engaging content as well as visual impact.

Our process also includes a strategic method for measuring our success with the ability to pivot quickly to ensure the inclusion of all our desired outcomes. 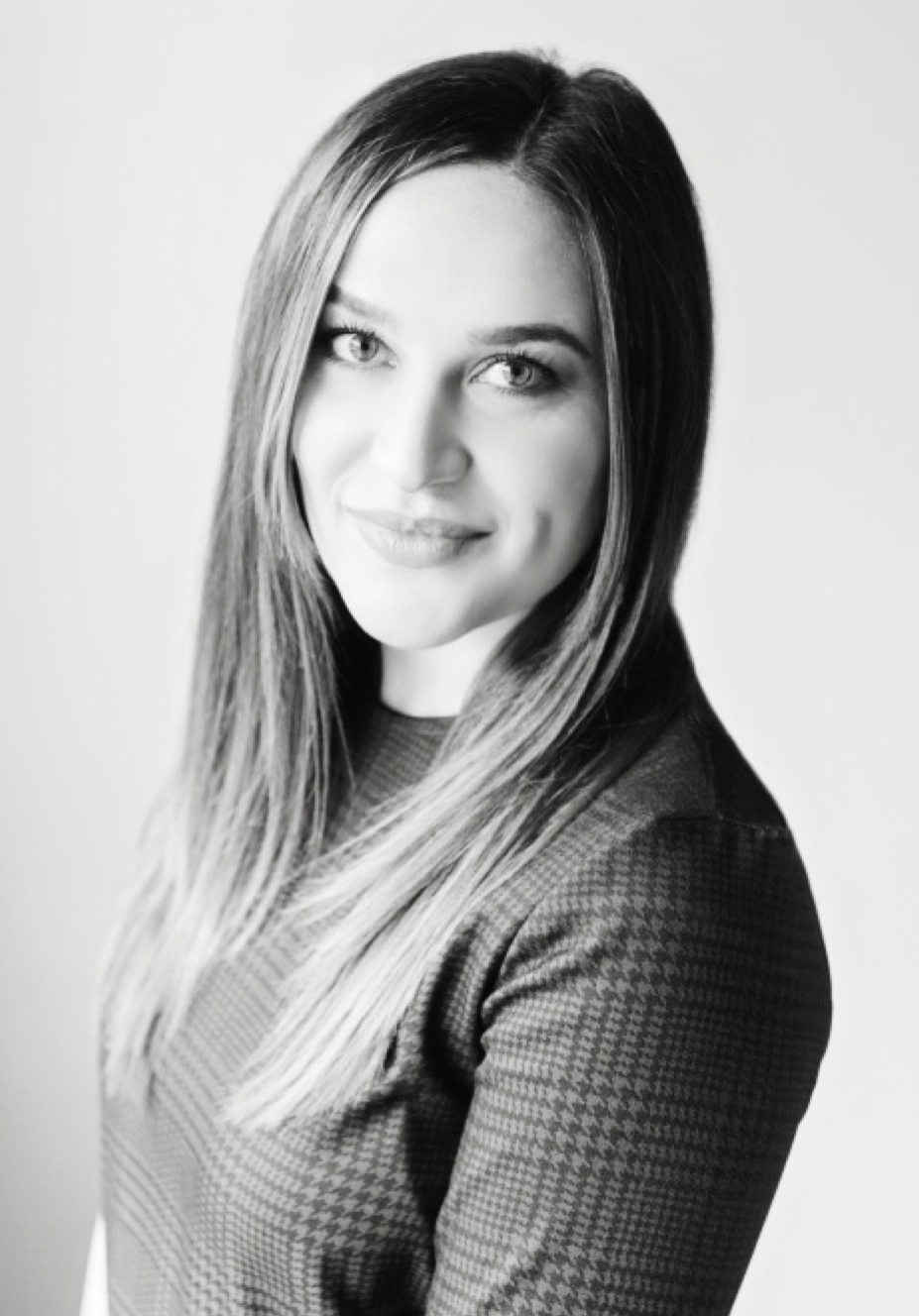 A California native — Ashley has extensive agency experience with a  background including work in creative production, marketing strategy, and content for B2C and Fortune 500 companies. She has also implemented product brand strategies to assist the joint-venture of two Fortune 200 companies and has produced content for Clorox, General Electric, Camelbak, Goodwill, and other major brands.  Among her professional accomplishments, she obtained a 40 Under 40 recognition, she is featured in “Who’s Who In America, Top Professionals” and has received multiple, regional awards for entrepreneurship and business excellence in Tennessee. 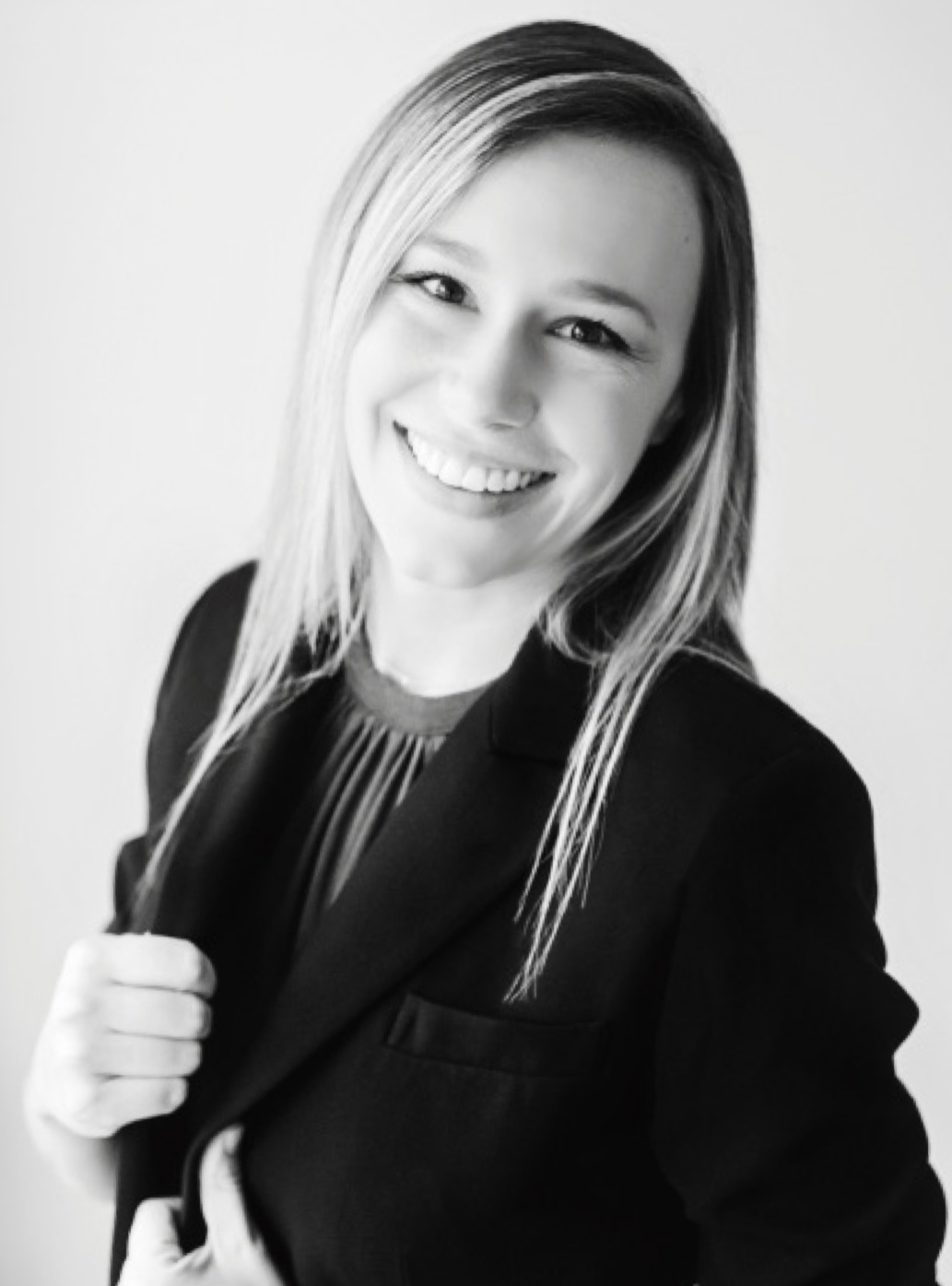 Samantha works hand-in-hand with creative teams and individuals to guide projects to completion. She is an award-winning creative, and the woman behind many of ARO’s famous designs. She dictates the visual direction needed for each project and sets processes to streamline agency output. Samantha has created engaging work for a wide array of target audiences, including a state-wide health campaign targeted at students, and an identity package that led to a city being recognized as one of Tennessee’s healthiest communities. Having successfully launched and completed dozens of websites and branding projects including logo design, brand guidelines, and supporting collateral design, Samantha uses her client experience and design processes to give back to the community and help teach young designers how to quickly integrate into the workforce. 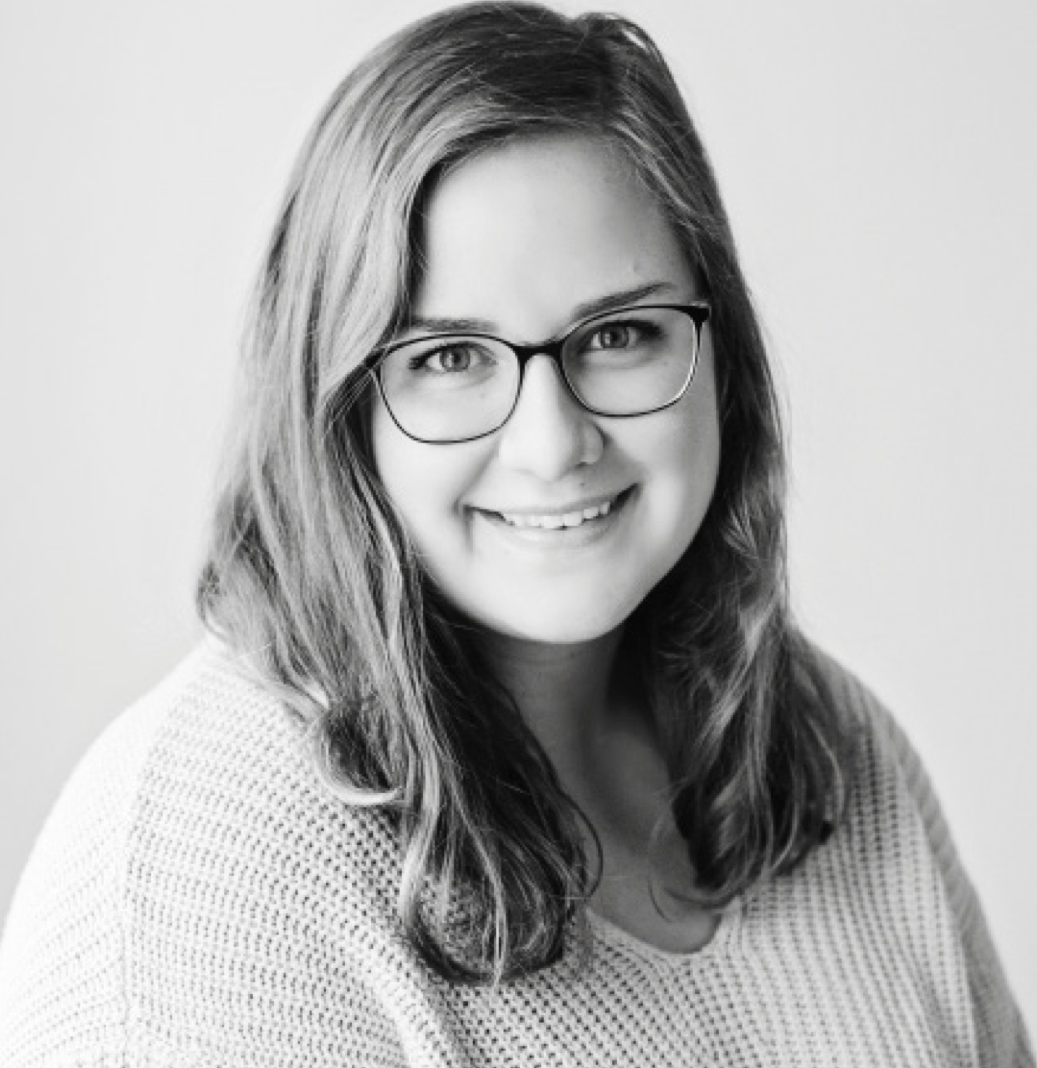 Kaylee is a detail-oriented and organized leader who is dedicated to managing ARO’s accounts, finding solutions, and problem solving. She has extensive experience in brand strategy and social media content creation; pitching ideas to better serve client’s needs. She is dedicated to creating new and interactive content that helps support the missions and ideas of our client portfolio. Kaylee specializes in interpersonal communication, data management, and various other content development and management assets. 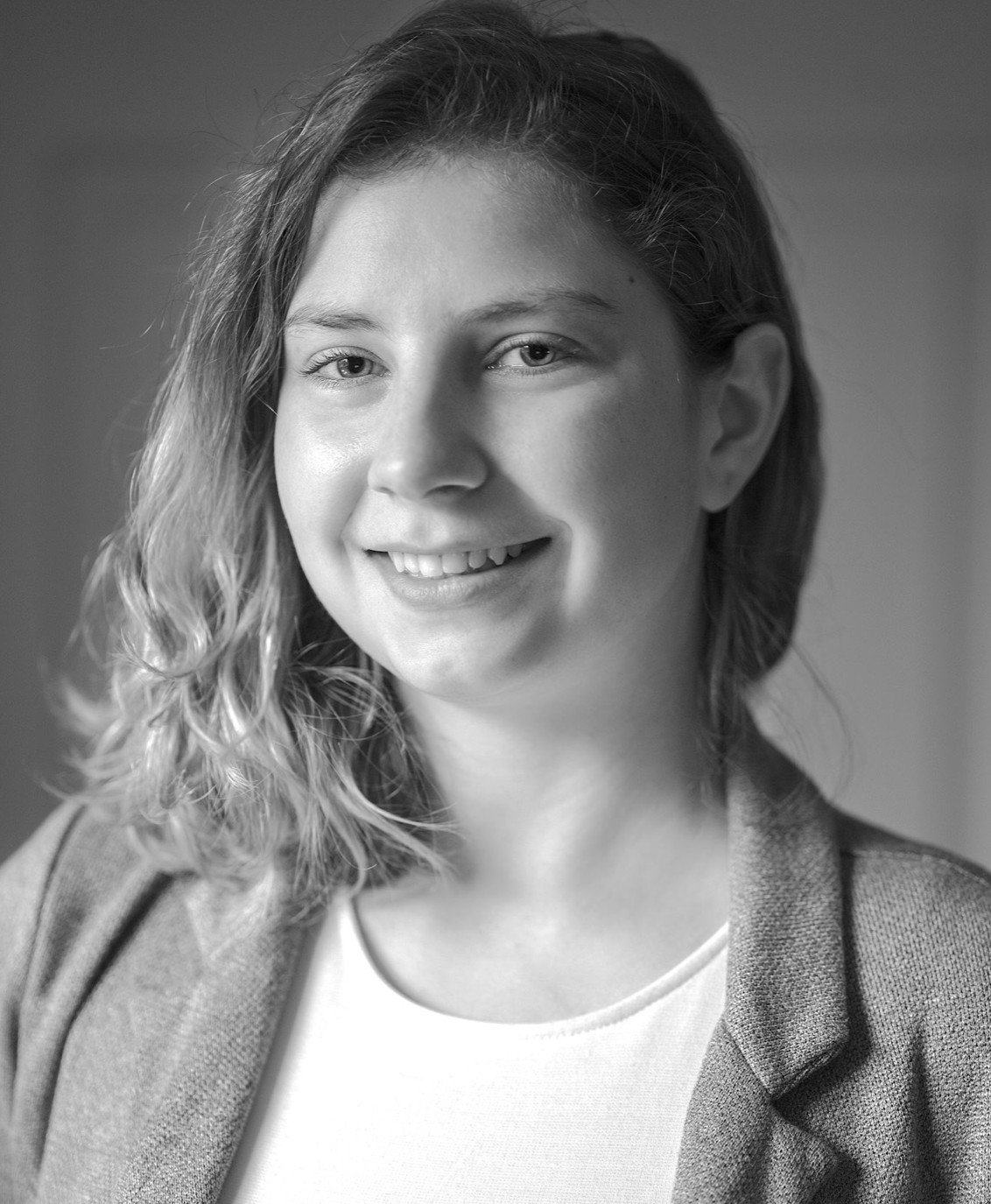 Tessa is passionate about learning how design impacts people’s daily lives and developing skills to create design that better benefits their community. Tessa received their associate’s degree in Media Technologies with a concentration in photography from Pellissippi State Community College in Knoxville, TN. They are currently a student at ETSU pursuing their BFA in Graphic Design with a minor in computer science. Tessa is passionate about the LGBTQ+ community, environmentalism, and civil rights issues. They hope to one day use their art and design skills to make positive impacts on these topics. While at ARO, they hope to bring that passion and drive to every client they serve, so that their design leaves lasting impacts on the community. 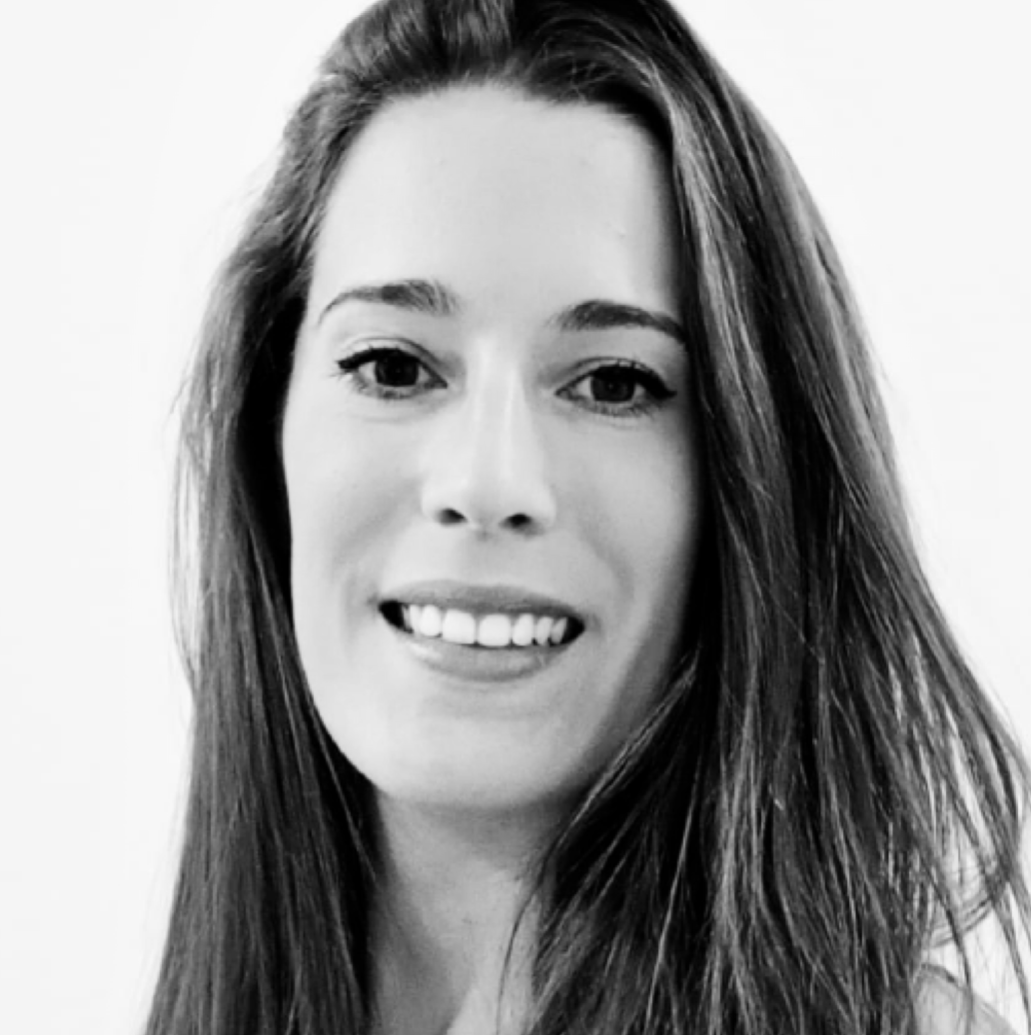 With extensive experience in art and graphic design, Audry makes the perfect new addition to the ARO team. Based in Sweden, Europe, she remotely works on creating new content, newsletters, branding assets, and much more for ARO’s clientele. Audry has a passion for learning and creating content that evolves with our industry and clients needs. 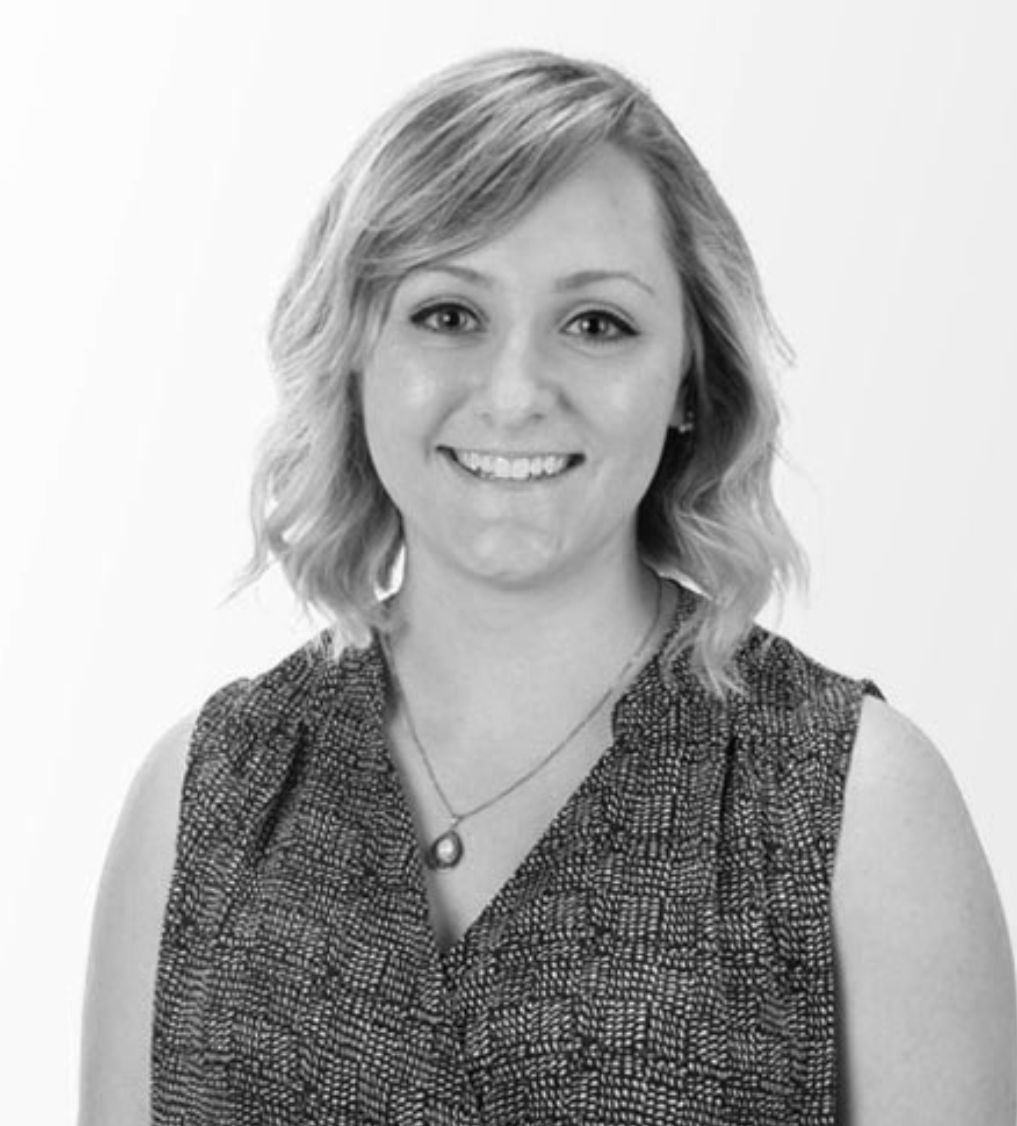 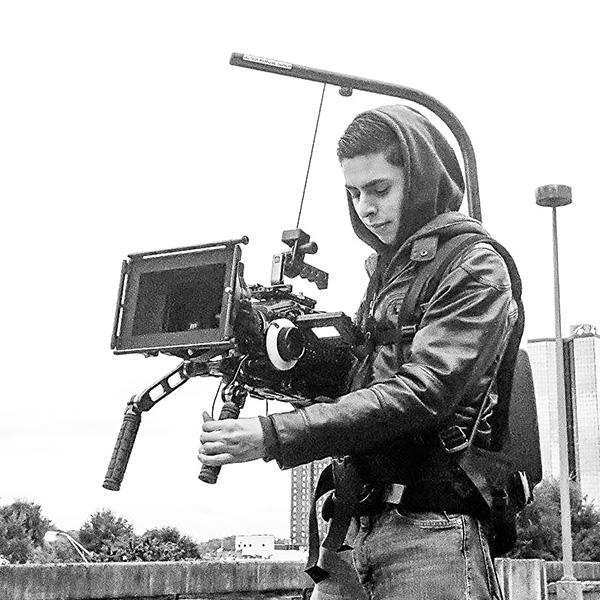 Edy Recendez is a director based out of Knoxville, TN. He started working in the industry from an early age which led him to understand and value every aspect of film making. Edy specializes in tourism and place advertising. He’s a problem solver by nature, his creative vision along with his passion for collaboration is what has led him to work with a number of different brands and artists from all over the globe. 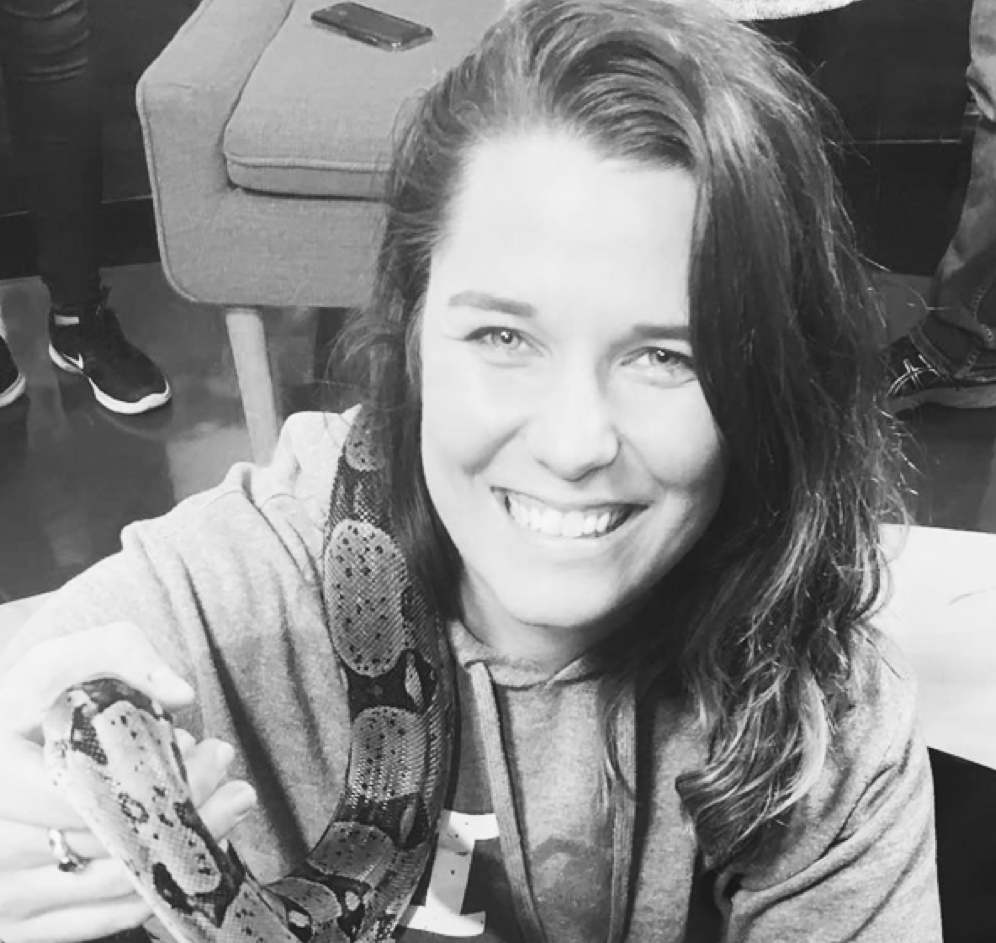 Megan is an awarded UX Designer with experience in the tourism, government and music industries. She creates flawless websites, conducting research, wire framing, prototyping and building. Megan prides herself on building websites that are user-friendly, modern and provides amazing user experience. With a Master’s degree in business and branding, she knows what is needed to create an innovative site that — while stunning — invites users to  be immersed in technology that creates actionable experiences. 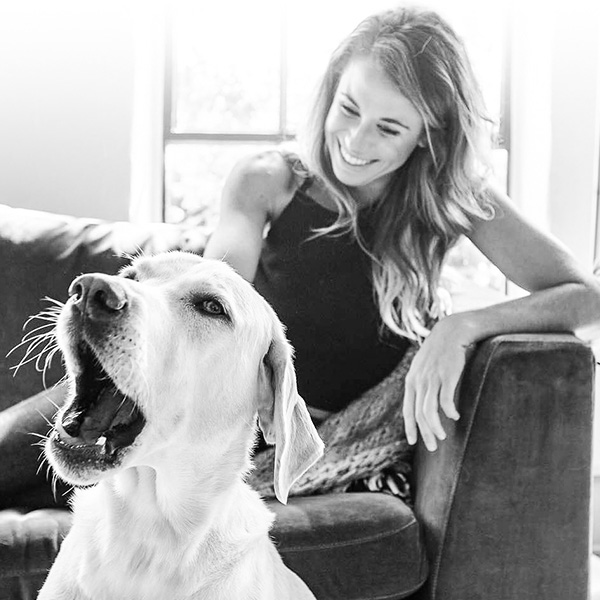 Charity is an art director, event designer, and stylist. She designs sets for global production companies, HGTV, Travel Channel, and Discovery Network. Among her many accolades, Charity was the stylist and set designer for a John H. Daniels marketing campaign that featured Chris Blue. She works alongside stars such as The Property Brothers Drew and Jonathan Scott, Patricia Nash, Erin and Ben Napier of Hometown,  and many more. In 2016, she planned Jordan Smith’s (winner of The Voice) wedding which was featured in People Magazine, one of over 30 weddings she produces each year.

Over the last two years General Shale has gone from being a leader in the building materials industry to becoming the largest brick manufacturer in the world. ARO was selected as the agency of record to help guide the brand through these transitions and has continuously provided the support needed for their international marketing. The General Shale team was looking to modernize the way they connected with their consumers and businesses. As their strategic marketing partner, ARO has helped usher in new, digital tools to connect with customers. Since the partnership began, ARO has delivered many successful campaigns from marketing strategy, print management, social media strategy and a multi-national website development transition. Work examples shown in this proposal are composed of projects spanning over a 2.5 year time period. 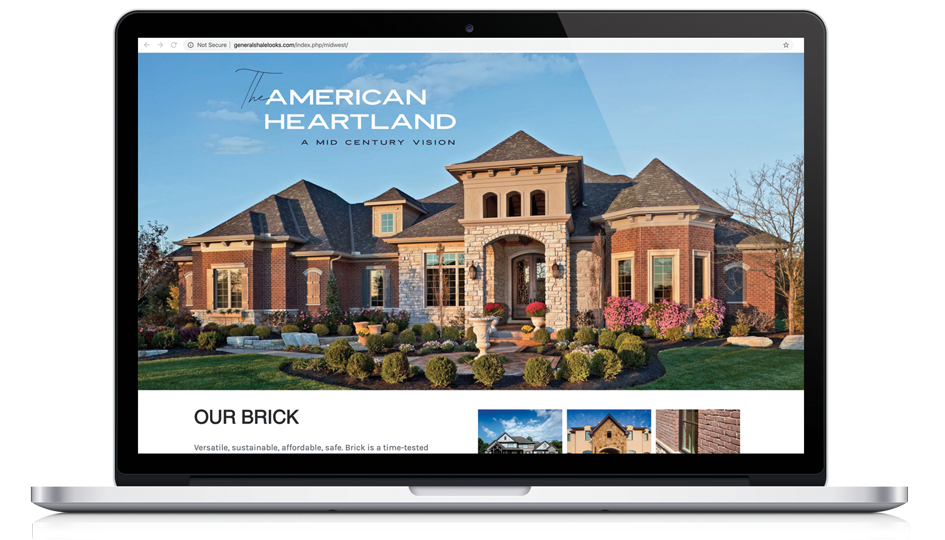 Modern flair on a traditional icon. ARO partnered with Dobyn’s Bennett to create a logo that takes the rounded arch of the D and the B and creates an abstract upward flowing visual.. These curved shaped pull from a motion that can also be found when students raise their instruments to perform, the color guard elegantly arches their flags, and the conductor lifts his baton to begin the piece. The upward motion represents the spirit to do and achieve more, and the abstract style allows a fresh interpretation of the artistry created daily by these students.

UnitedRx, a long time ARO client, was ready to make their modern website debut in 2021 for their subsidiary, Pharmacy Network Services (PNS). Utilizing our creative team, we expanded their brand palette to create a bright, welcoming website worthy of the company’s reputation as well as implementing new functionalists to assist in the overall user experience. Custom online refill functions, as well as the addition of their existing CRM software, allowed us to further capitalize on the data capturing and retargeting of their audience. Since the launch and expansion of their brand palette, we have assisted in the design of countless marketing and promotional items that reflect the change and growth of the company. 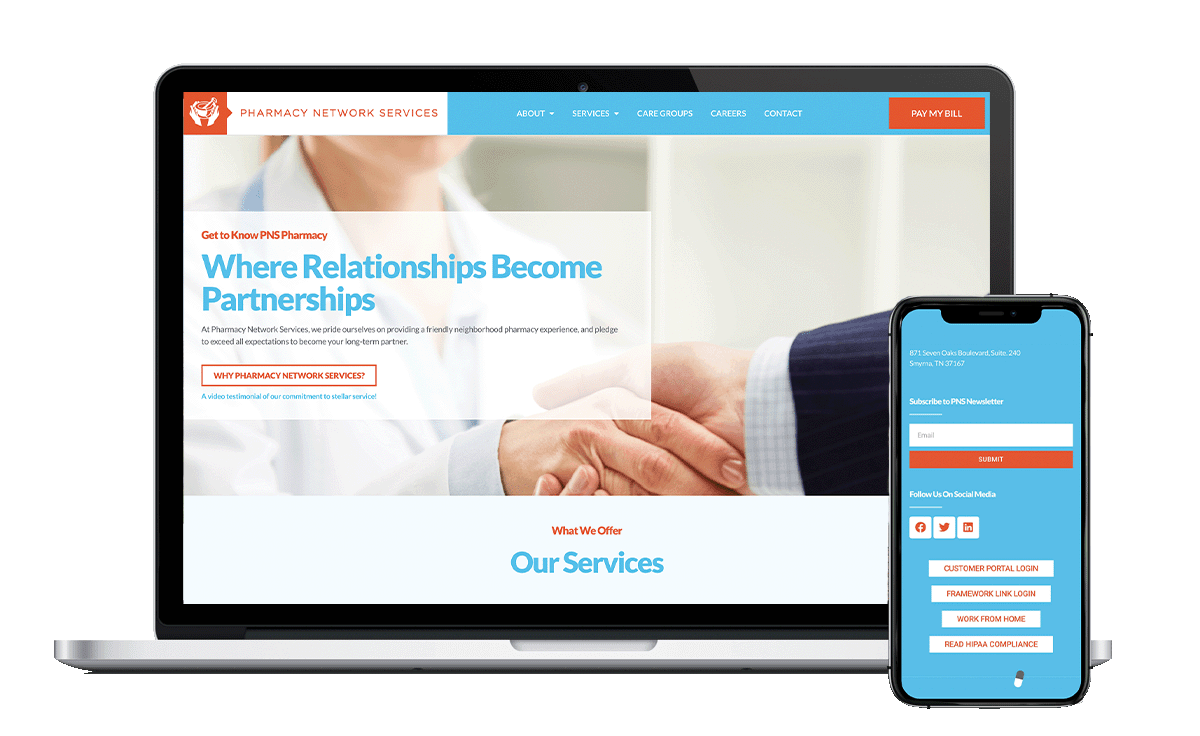 ARO’s partnership with the City of Kingsport is largely centered around tourism and economic development initiatives. Most recently, ARO was tasked to create a city-wide marketing booklet to be used as a tool in recruitment. Additionally, throughout recent Opportunity Zone legislation, we have created a Kingsport prospectus document used to better inform both local and external shareholders in downtown revitalization projects. 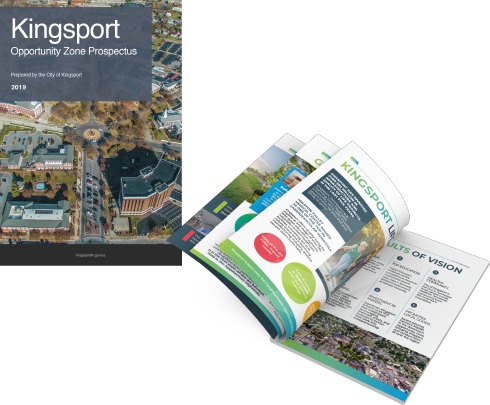 As a primary partner of the State of Tennessee in recruiting start-ups, Sync Space promotes economic development through entrepreneurship and innovation. ARO has created elevated branding and communication tactics to deliver on Sync Space’s goal of connecting entrepreneurs with opportunity throughout the Appalachian Highlands and the nation, helping to recruit businesses from California, North Carolina, Florida, Washington DC, New York, Texas, Ohio, Michigan and more. 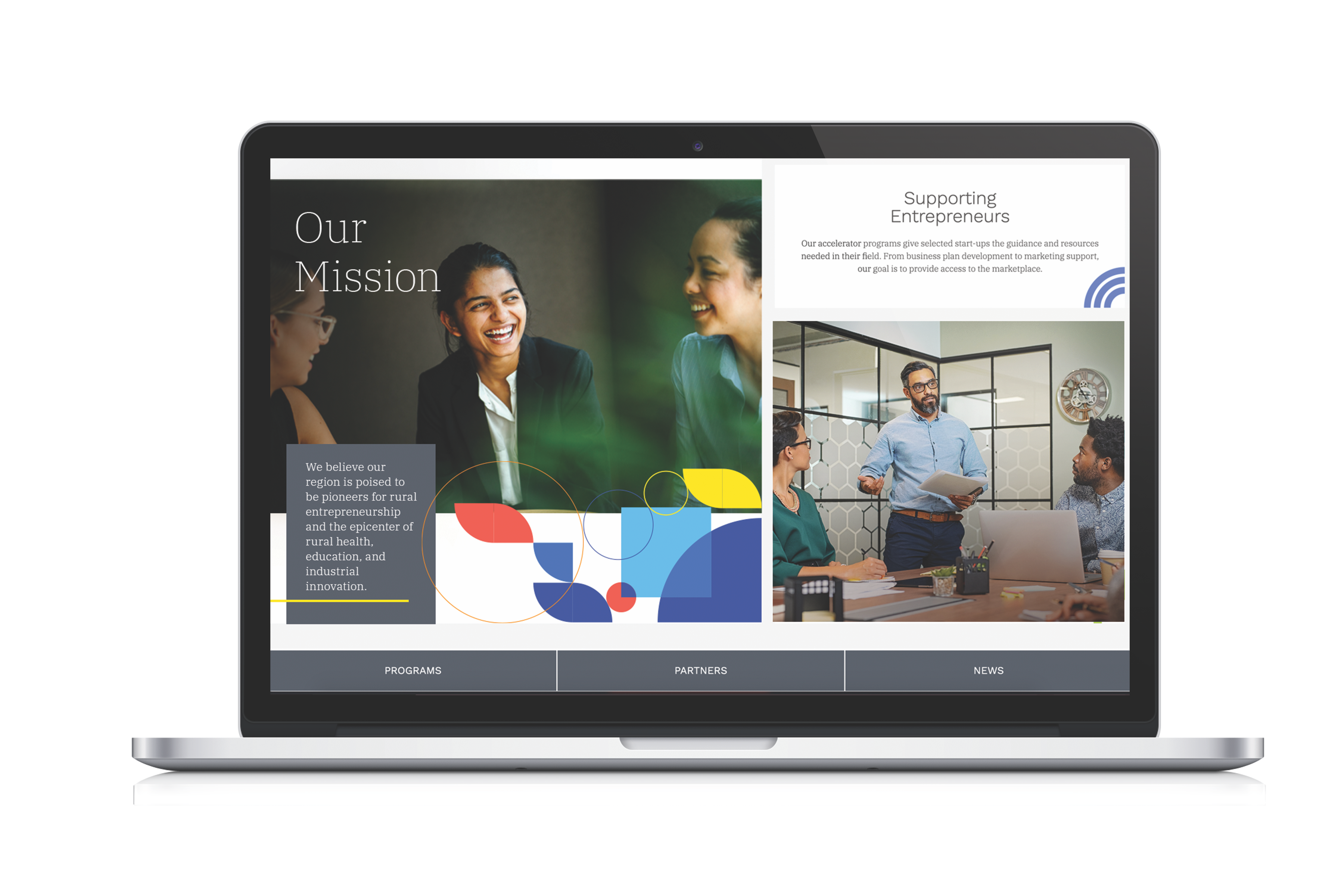 The website at syncspace.org
Check Out the Brand Guide
View Their Social Media Feed

Strong heritage, focus on family and a vision to build on a foundation of innovation. “This is Kingsport” was a city-wide movement to celebrate and share 101 years of achievements and the continuation of an inspired outlook in the mountainous city of Kingsport, TN. After the implementation of a well-planned strategy, new and versatile branding, a brand video encompassing the vision, and website to showcase it all, Kingsport is leveraged to increase economic development initiatives, and encourage community engagement. Projects completed within this contract: comprehensive city-wide marketing strategy, “This Is Kingsport” campaign design and development, full branding package with logo and style guide/usage examples, campaign video, and a community website portal. 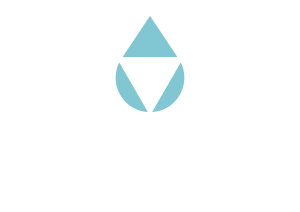 A project for fellow wanderers. ARO partnered with Bundled to fulfill marketing needs for Vayska, a new outdoor recreation equipment company specializing in hydration packs. Vayska is a company for the wayfarers and the adventurers. After custom photography, a new e-commerce website, a brand video, custom packaging and an influencer marketing strategy, Vayska was ready to hit the trails. 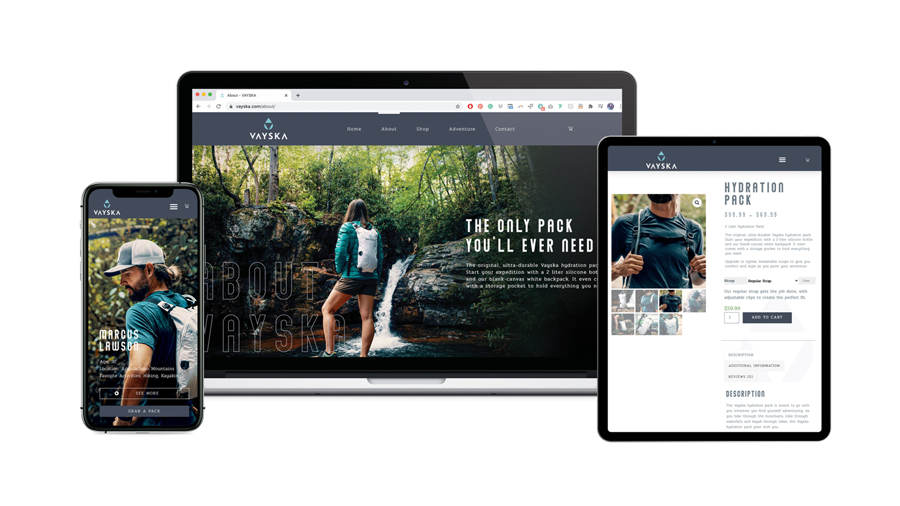 Take a Shot on Life

During the rollout of the COVID-19 vaccination, East Tennessee was particularly in need of a campaign that conveyed the importance of getting the shot. That, in combination of our rural setting making it difficult to access, lead to the creation of “Take A Shot On Life” campaign. ARO partnered with the FTDD as well as another ad agency to carryout the regional campaign, including the facilitation of 2 mobile vaccination vans. The funding for this project was granted via Blue Cross Blue Shield of Tennessee in the amount of $500,000. 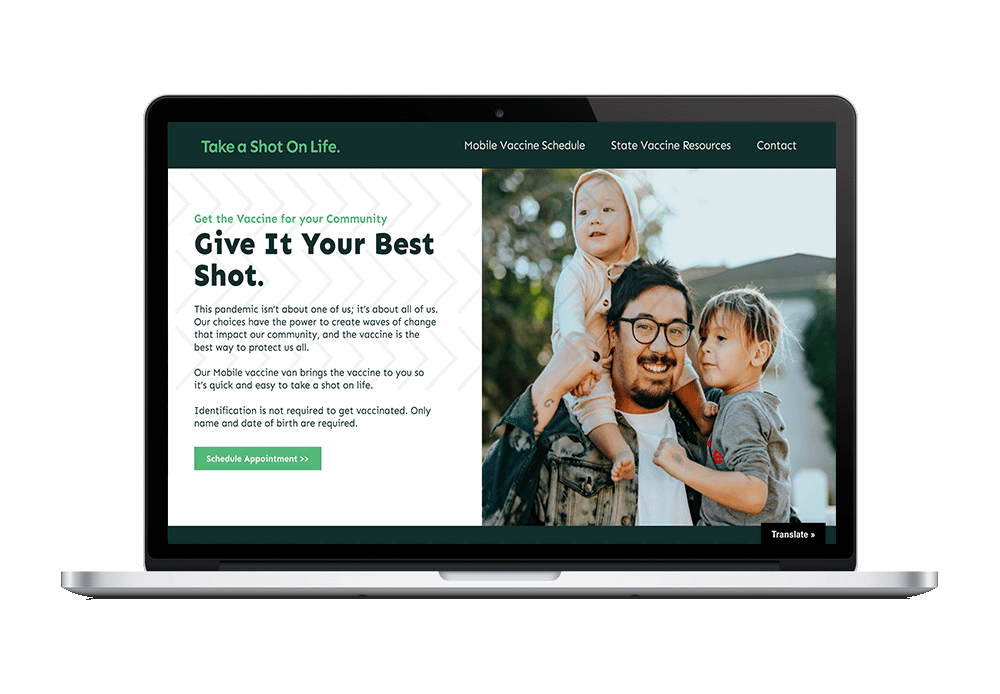 We are a full-service creative agency — and we don’t take that description lightly. When we work with our partners, they can be assured that we deliver quality work that exceeds expectations and our goals.